Delight users at every twist and turn of the experience.

If you’re in this just for the money, then the war is already lost.

But if you’re in it to change the world, we’re here to change it with you.

At Whitefusion, we’re grateful to have played a key role in bringing success to a wide variety of projects over the years. Here are just a few of the companies we’ve been fortunate to work with:

Founder Dax Talbert wanted an online destination that would capture the spectacle of his crowd-pleasing events, yet reflect the professionalism and dedication to client services that Dax Entertainment is well known for. After having previously launched a site for his earlier business DJ Dax in 2011, we embarked on a completely new design for Dax Entertainment’s website.

We took great care in assembling the content architecture and marketing punch of the site, engaging in extensive interviews with Dax and his team to come up with a series of messages that would do justice to the breadth of their service offerings. Our design and development process ran alongside copywriting and photography selection, and we integrated a number of detailed intake forms to aid Dax Entertainment in new customer acquisition and song selection for DJ sets.

Dax Entertainment has grown exponentially over the past several years and is now one of the most prestigious event production companies in the San Francisco North Bay. We’re excited to be a part of the ride! 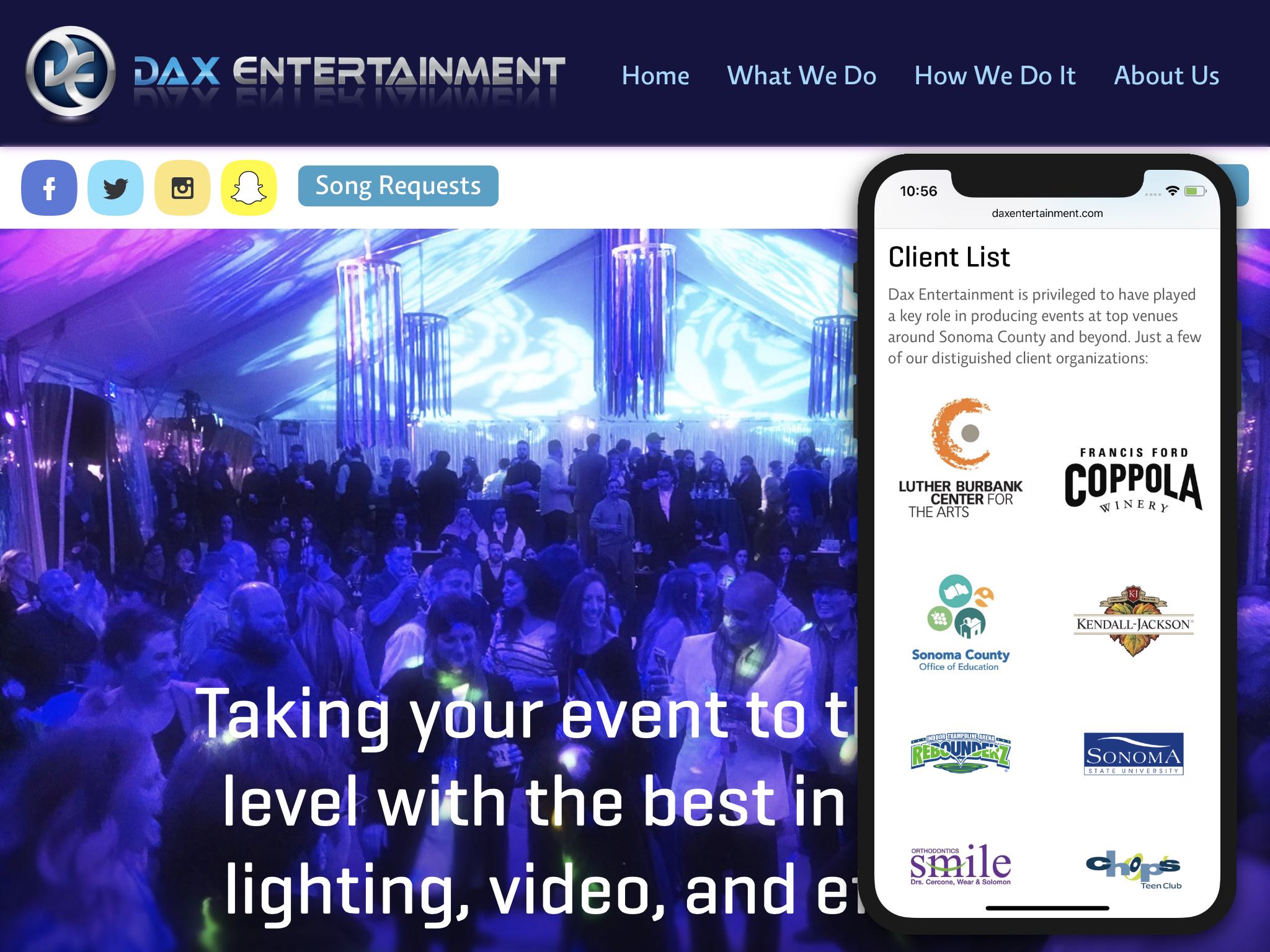 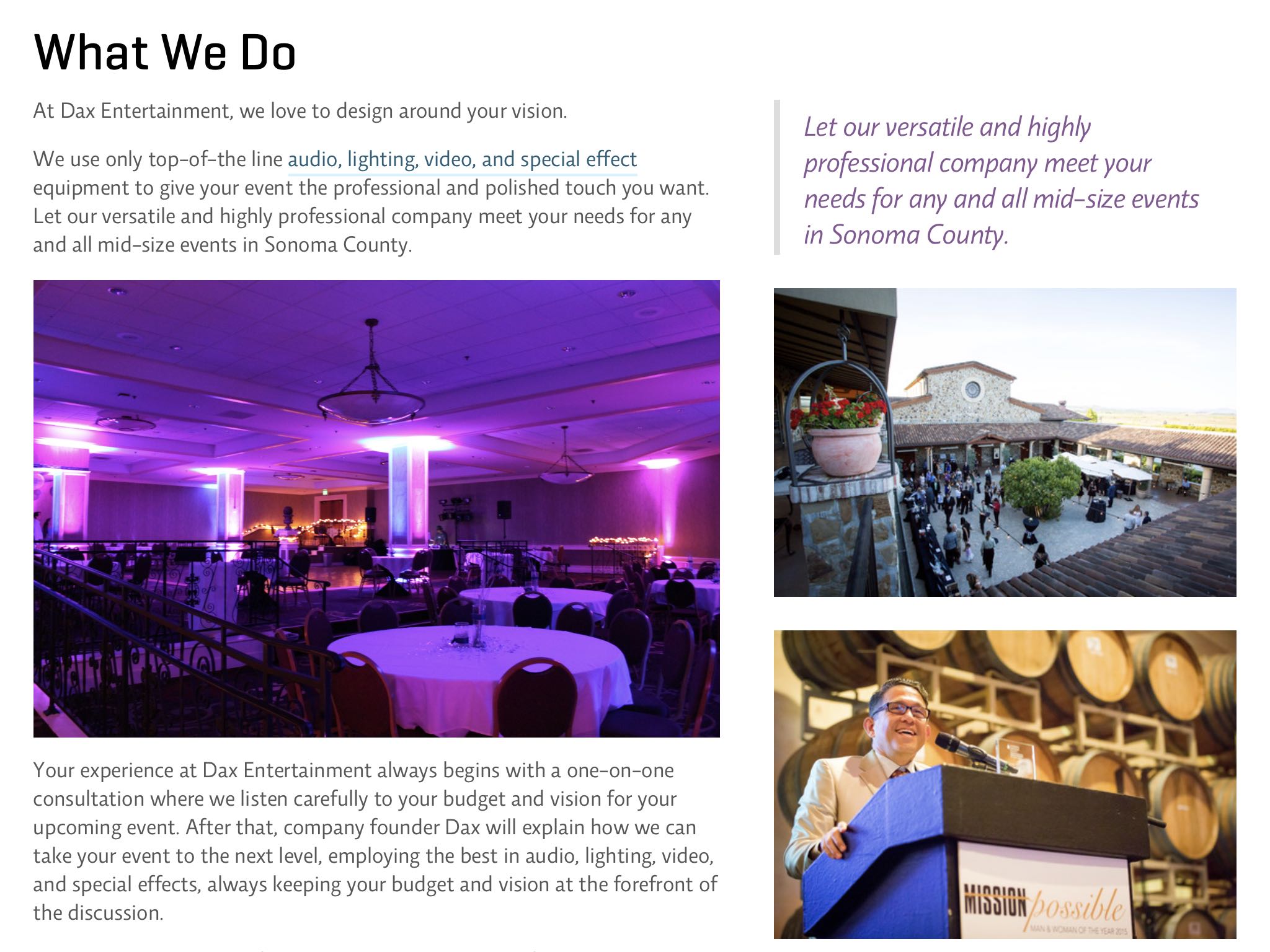 Biking. Walking & hiking. River & ocean cruising. Multi-adventure family vacations. Travelers with Backroads have long enjoyed exhilarating activities all over the globe…but one thing they haven’t enjoyed is the ability to book their trips online, quickly and easily. Until now.

We remedied the situation by working closely with the agency responsible for Backroads’ website infrastructure along with Backroads’ in-house IT team to build out an advanced multi-step reservation flow. We developed data models and tools to interact with Backroads’ intermediary database APIs, and integrated the Rails-based reservation front-end with the payment processor to handle billing requirements.

After an extensive QA process to ensure the system performed to spec, this multi-agency team and Backroads successfully launched the new online reservation system. Backroads’ customers can book trips as soon as inspiration strikes. It’s now that much easier to become an active world traveler! 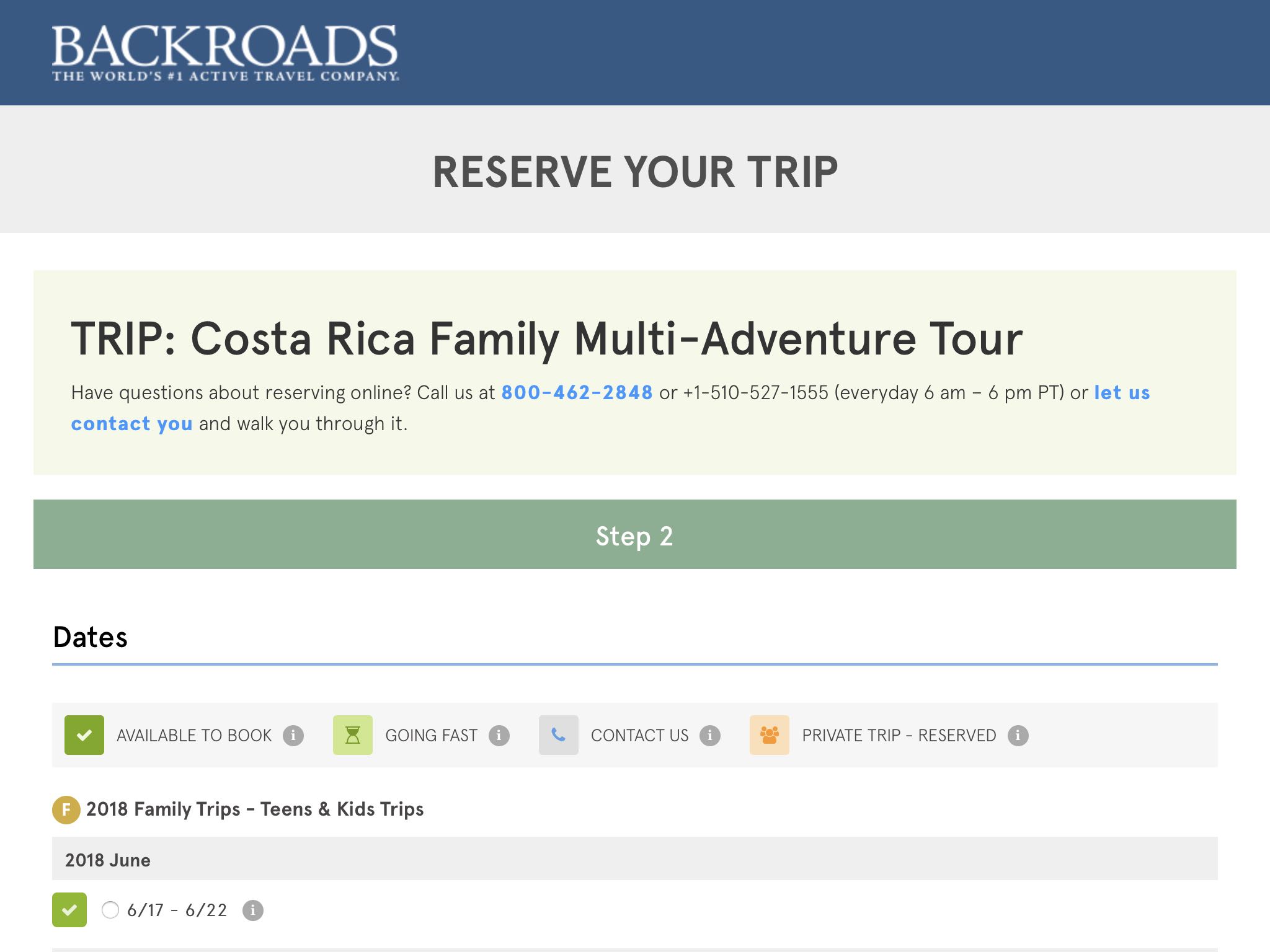 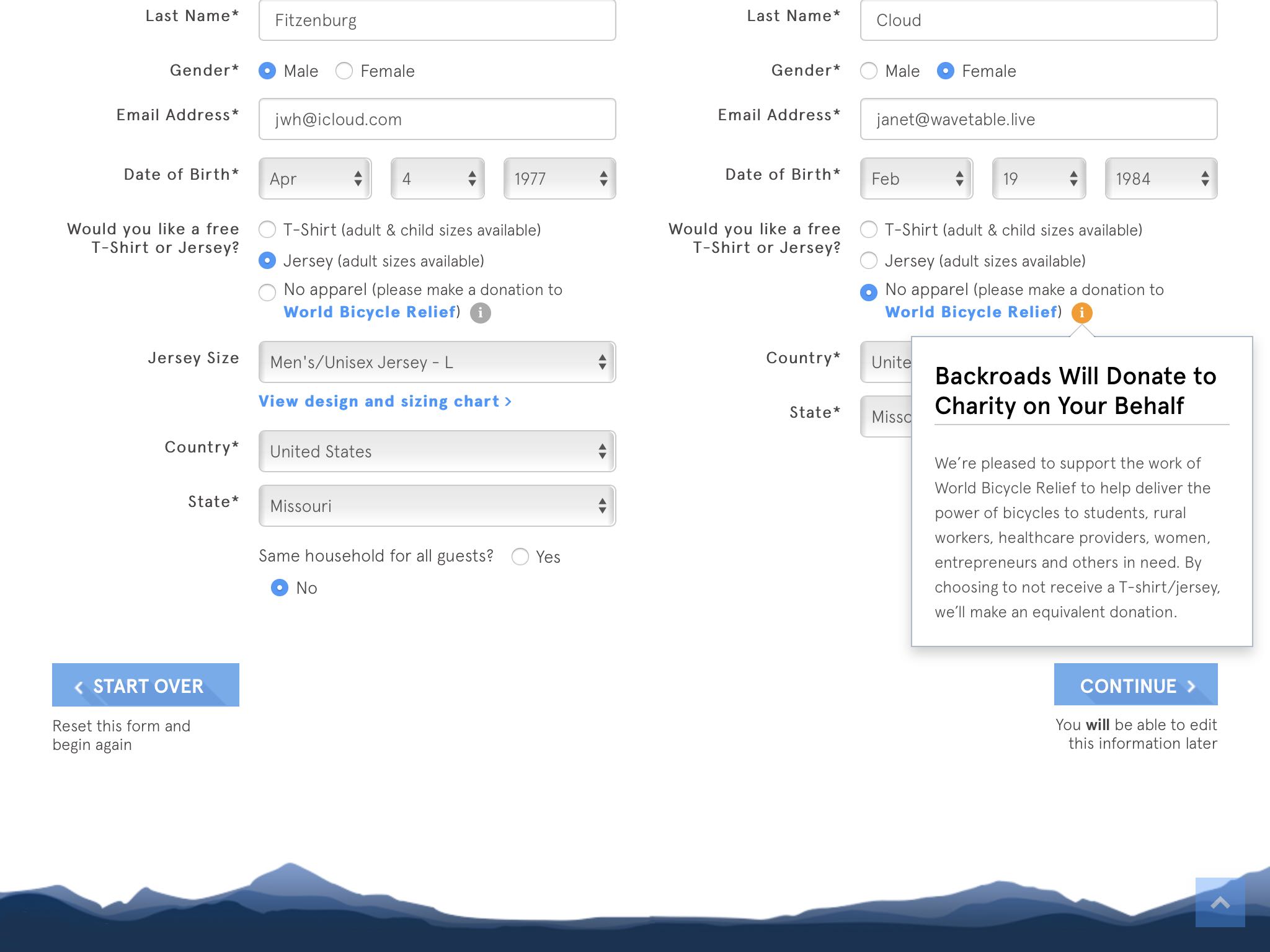 Our relationship with First Pres dates all the way back to 2011 when we worked with them to launch a brand-new WordPress-based website. (Their previous efforts were done in Microsoft FrontPage!)

Over the years we’ve been a trusted partner to help them get their message across to church members as well as the wider community. We began an extensive redesign of their website in 2016, kicking off with a full content audit to identify how best to reflect the church’s evolution as an organization to the casual site visitor. In 2017, the new site was ready to roll, along with a video we produced which featured an interview with a youth volunteer. We followed up in 2018 with a brand-new email newsletter design to match the site along with additional video production.

We’re excited that First Pres’ website is our first production use of the Jekyll static site generator, hosted on the Netlify platform. For content editing, we deployed our custom admin tool built with Ruby on Rails and hosted on DigitalOcean. 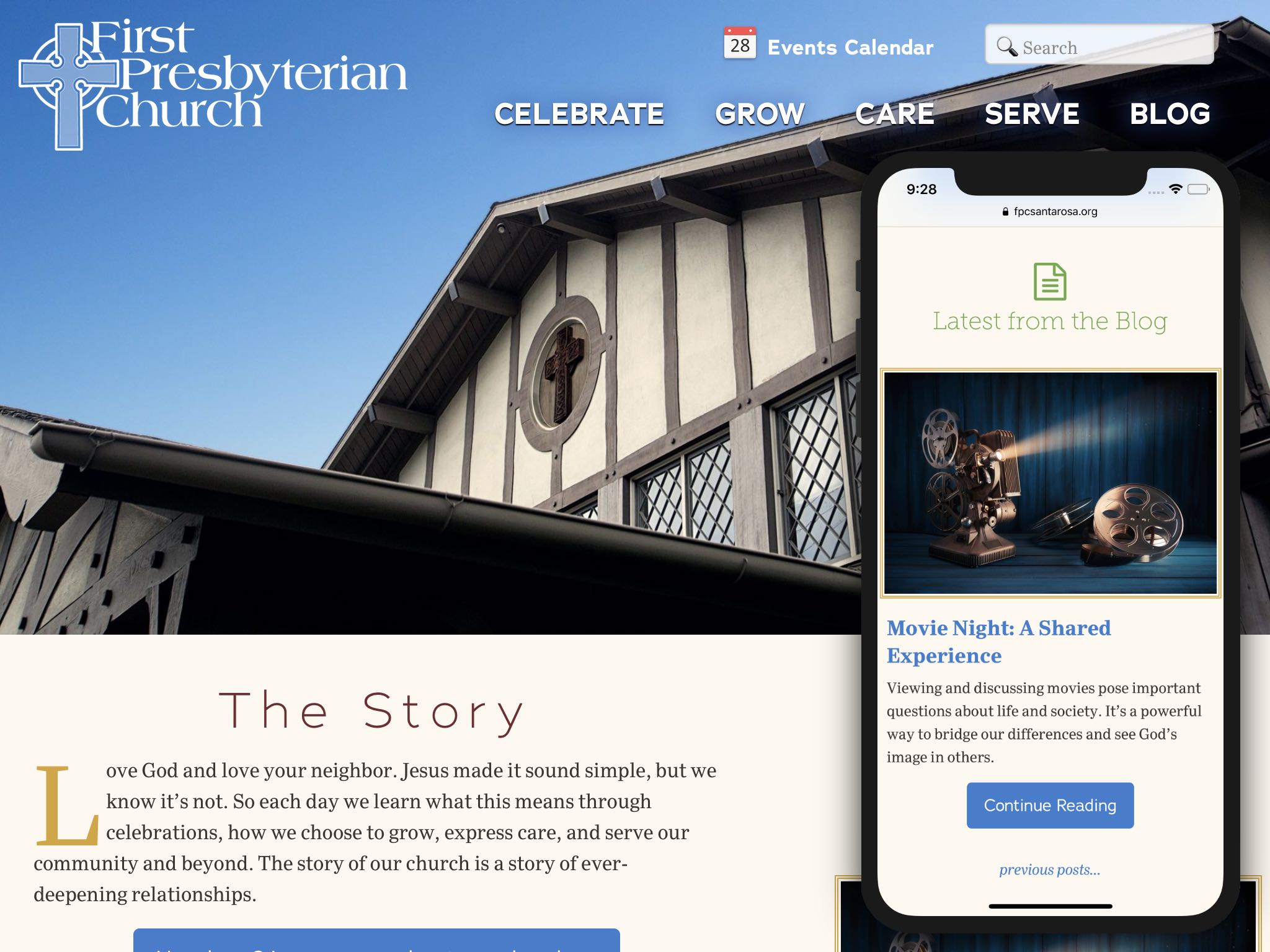 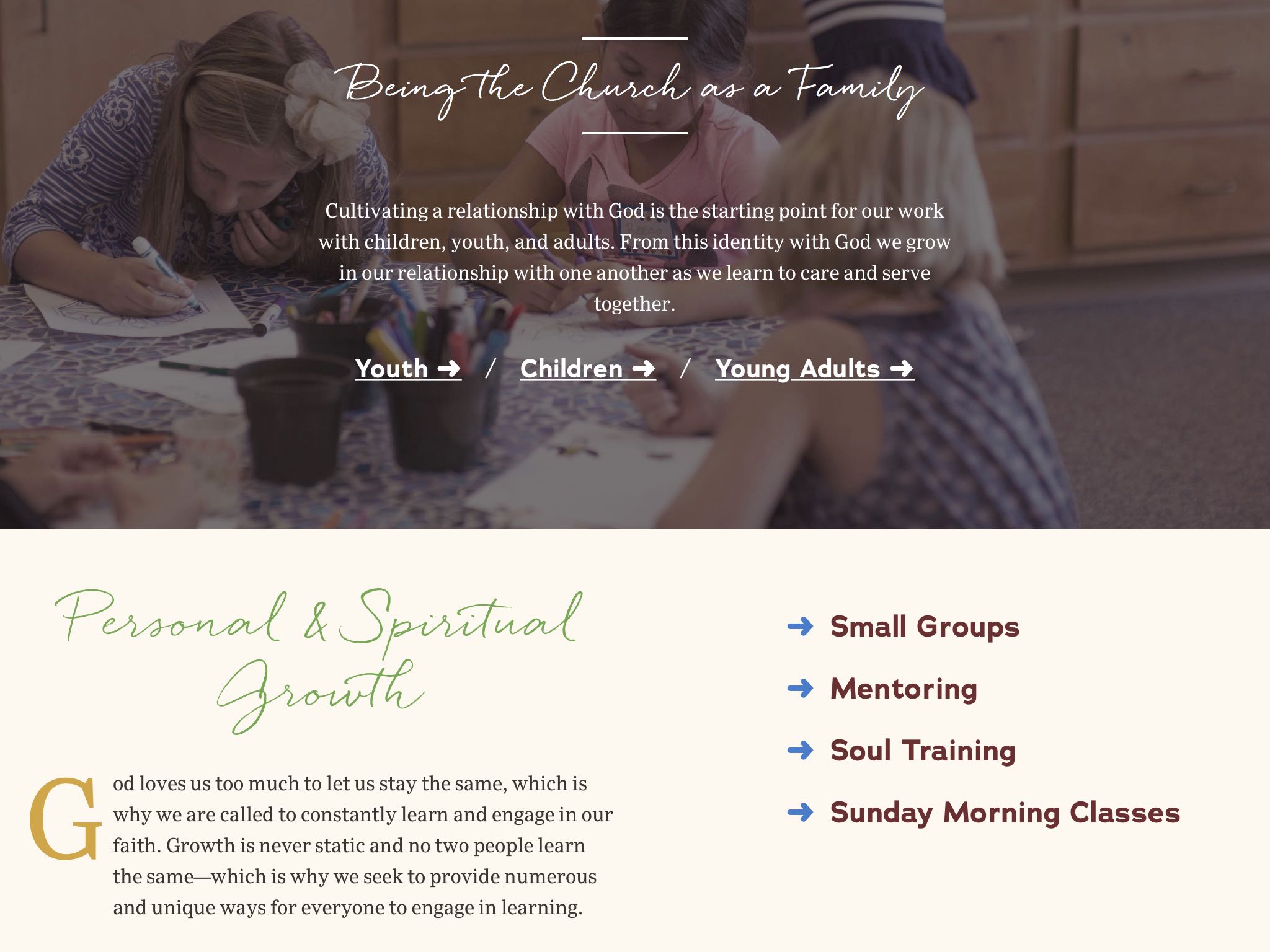 We’re not able to reveal the name of this company which provides agile business consulting services to a number of top tech companies. They hired us to perform a competitive analysis in the OKR (Objective & Key Results) software space, and then we used that research to inform a series of wireframes and clickable prototypes for a new application platform under development.

We spent considerable time using four top-tier OKR apps and wrote down a wide variety of observations about their onboarding process, feature set, and business case. We compiled our research into a concise, easy-to-read document.

Then we worked with the client to develop a basic feature spec which was turned into a series of wireframes and eventually a clickable prototype. We also designed mockups to show how the new OKR tool would integrate into the client’s broader app platform in the agile business planning space. 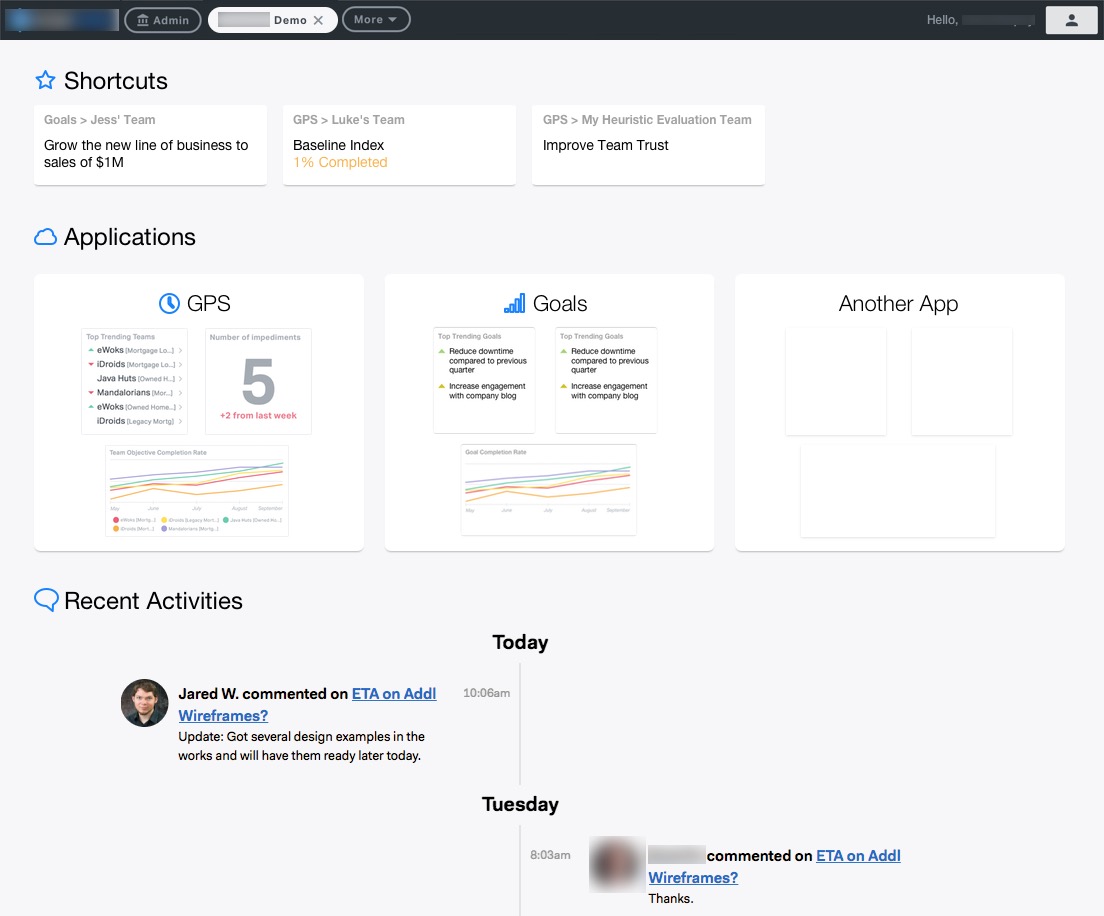 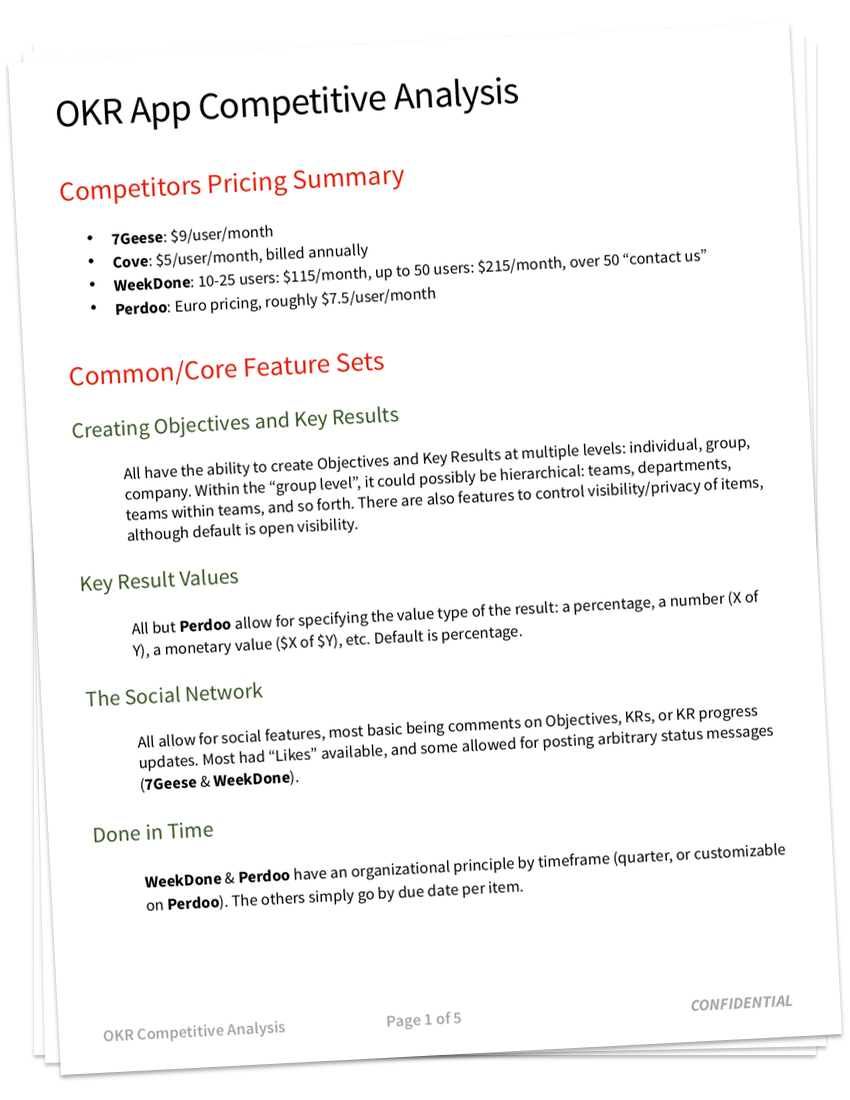 Whitefusion principal Jared White and eAlchemy CEO Chris Farkas go back a ways…seven years and counting. Originally brought onboard to assist with the frontend development and launch strategy for a mobile app used by a wineries to manage vineyard data, Jared subsequently worked closely with Chris on variety of projects over time. eAlchemy’s website is simply the latest in this list.

We took a branding guide and series of mockups from eAlchemy’s graphics designer and used those as the jumping off point to develop out a fully-fledged website. Along the way we got to implement a few special touches, most notably the “flip card” effect on the Work section of the website. The Careers section of the site is integrated with Workable to allow for a seamless job posting process.

In 2018, eAlchemy launched a new blog to highlight their efforts and business strategy for reaching retail manufacturers and operations teams. We designed an elegant, Jekyll-powered blog that allows for easy publishing of new content via the Forestry.io platform and is hosted by Netlify for maximum security and performance. 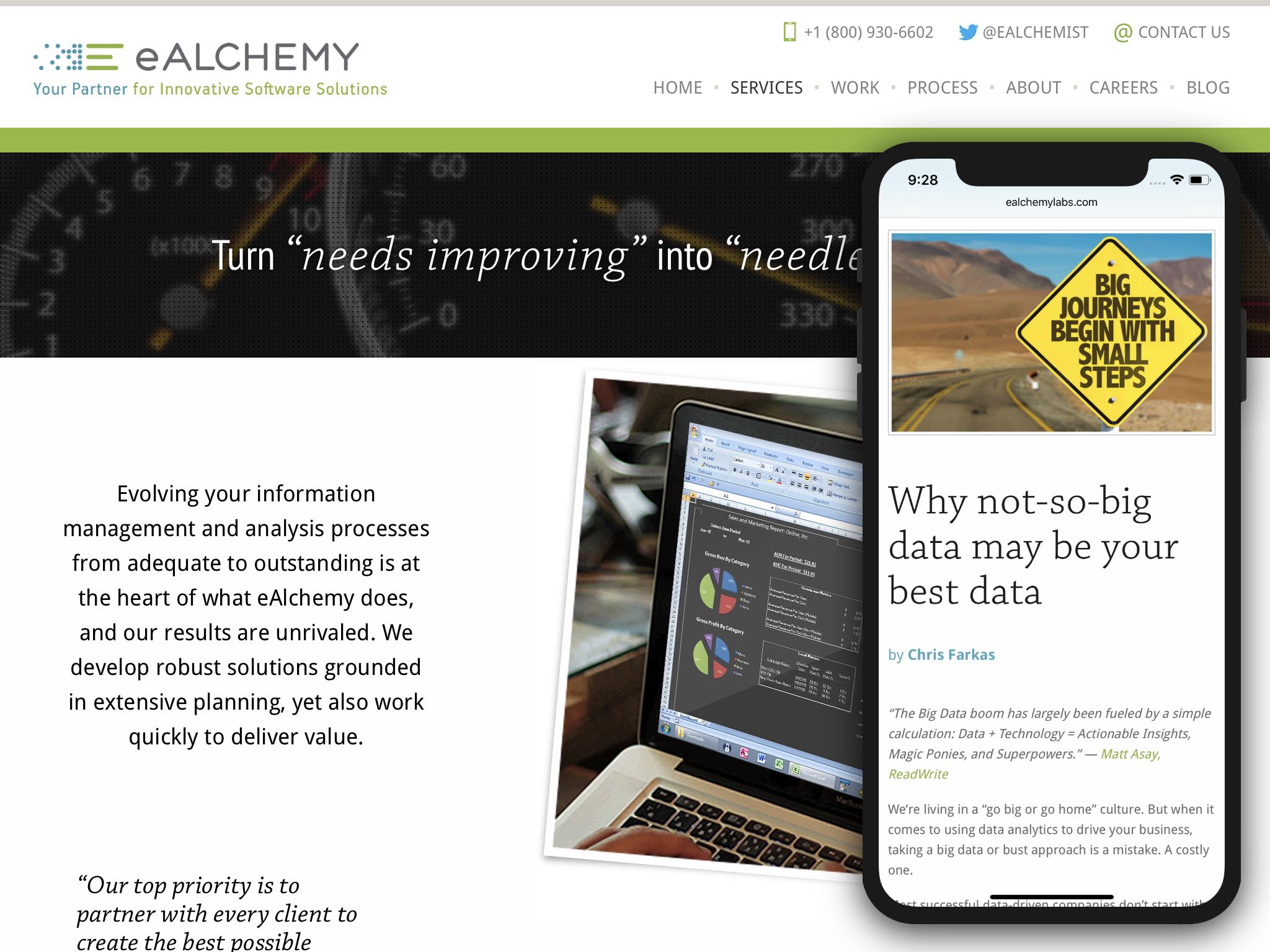 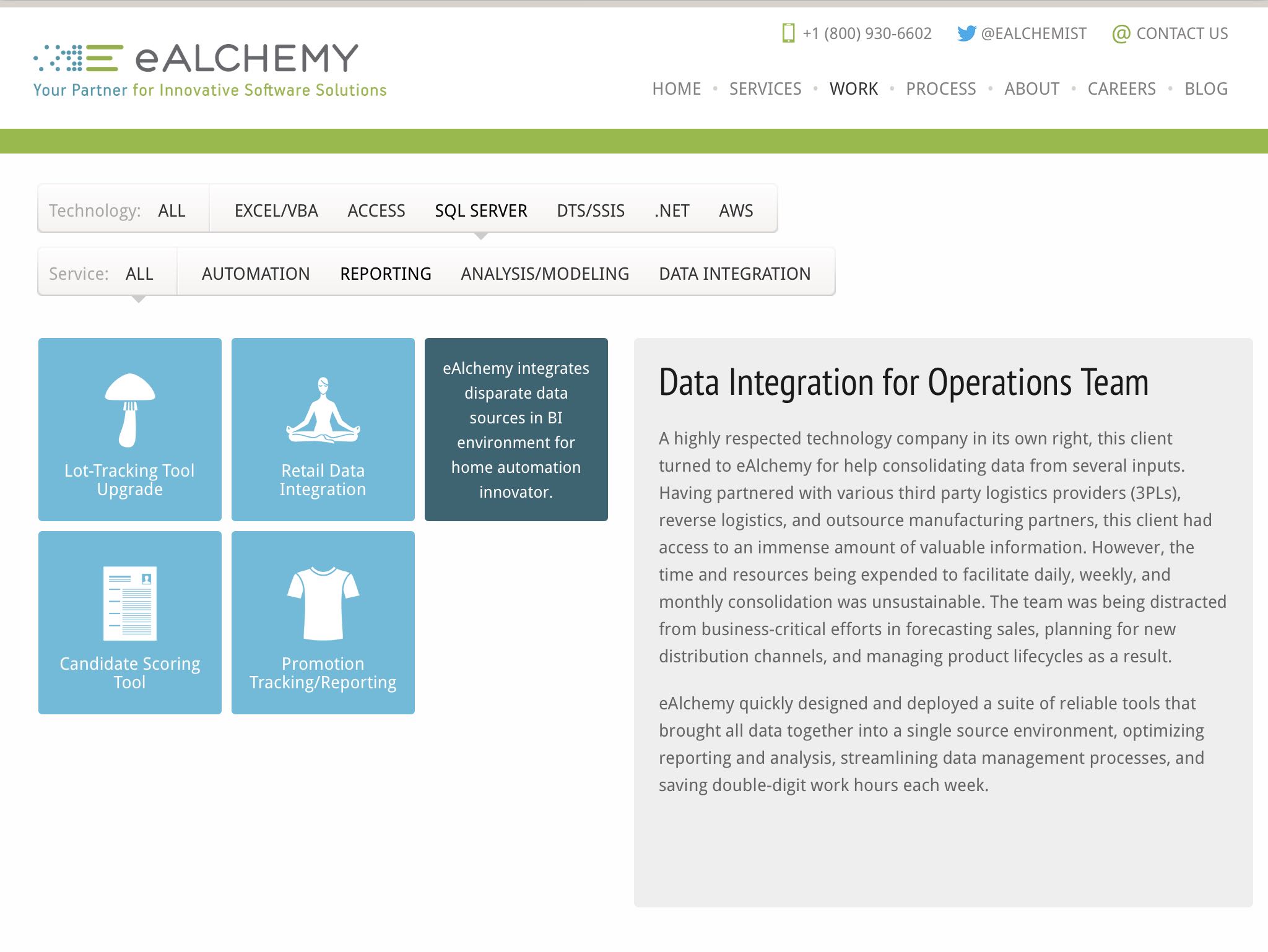 For this innovative B2B marketplace platform that connects buyers and sellers of wine (a difficult industry to disrupt due to extensive regulation), we provided rapid front-end development and website styling to hit a major production deadline. We worked closely with the client’s principal product designer to go from detailed wireframes to production-ready features. In addition, we created a modular system whereby the platform can be easily re-styled to fit different marketing brands and go-to-market rollout strategies.

We also provided extensive Ruby on Rails back-end development and code refactoring, and in particular spent a great deal of time tuning complicated discount logic for maximum performance. (In one case, we brought a large 100+ item cart with dozens of separate discounts that would take over a minute to calculate down to mere seconds.) 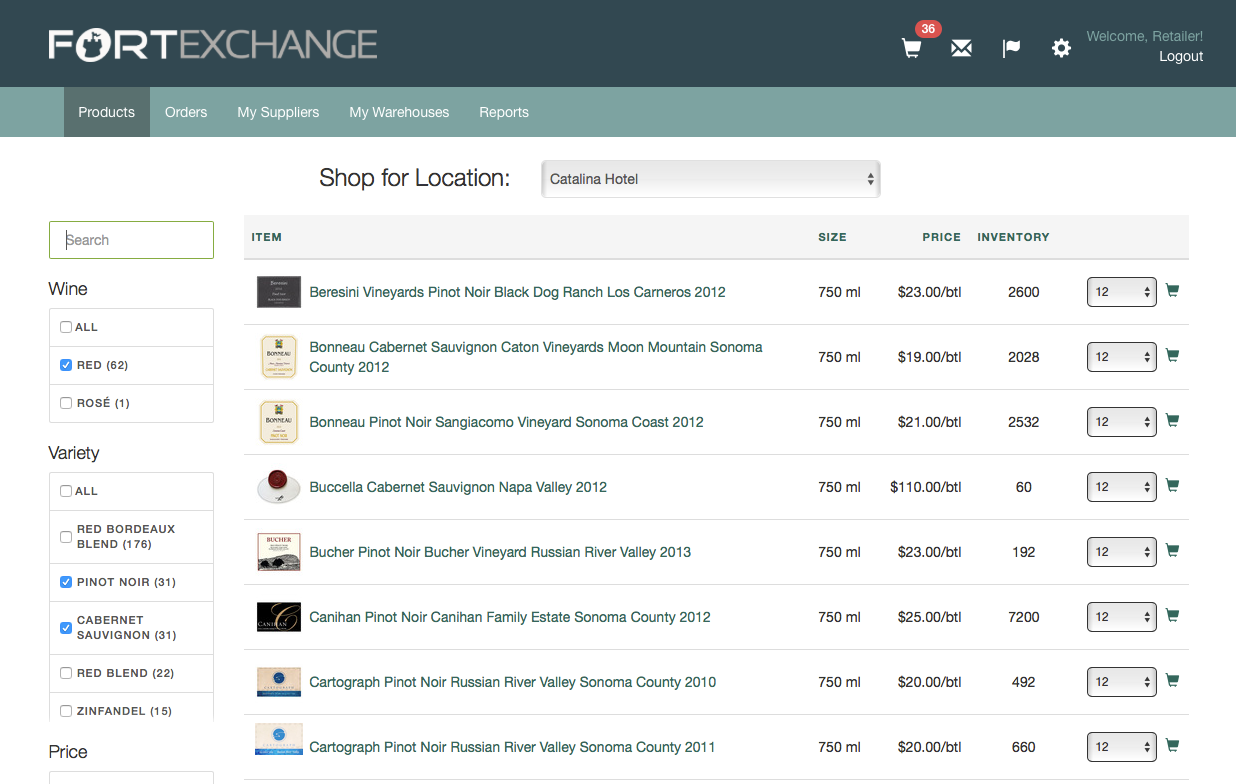 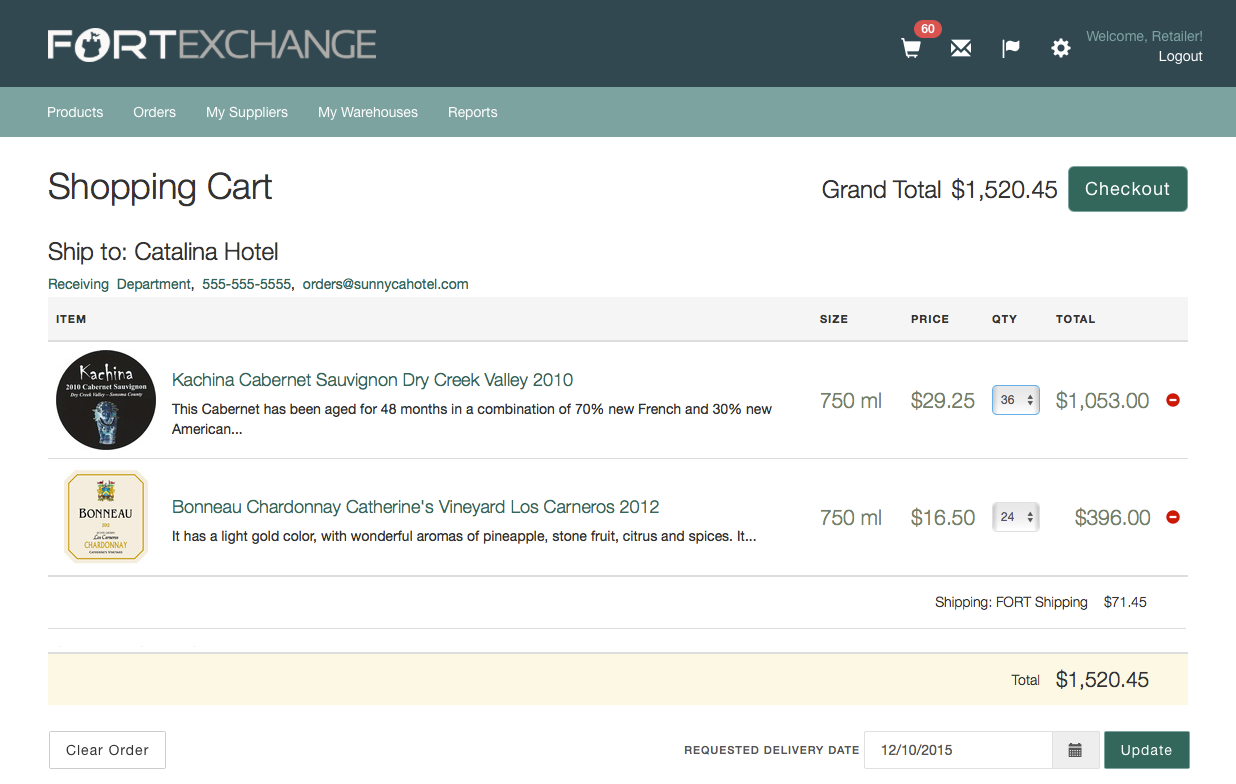 Our team has played an integral part in launching websites and applications long before the founding of Whitefusion in 2015.

Past clients of note include: